Annie Bennett (alto saxophone) is from Raleigh, N.C. She has extensive experience playing in small combo and big band settings throughout the Triangle and beyond. Her jazz combo, Lady and the Tramps, is a winner of the NCCU jazz competition, opened at the Hob Nob Jazz Festival, and was featured on WUNC’s The State of Things. Annie has been selected to play in a variety of local, regional, and national jazz bands, including selection for NAFME’s All-National Jazz Band and the Jazz at Lincoln Center Summer Jazz Academy for two years running. She was awarded an Excellence at All-Nationals by Jazz at Lincoln Center in 2015. She has studied with a number of renowned jazz artists, including Ted Nash, Rodney Whitaker, and Wynton Marsalis. Annie was a student of Aaron Hill. 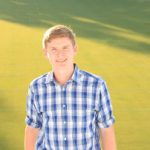 Thomas Marshall (horn) is from Manalapan, N.J. He is an active member of the Marching Tar Heels, Wind Ensemble, and both a brass and woodwind quintet under the direction of Professors Michael Kris and Donald Oehler, respectively. Before his first semester, Thomas earned positions in New Jersey bands and orchestras at the local, regional, and state levels from 2015-16 that provided him opportunities to play in the New Jersey Performing Arts Center in Newark, N.J., and Boardwalk Hall in Atlantic City, N.J. In his first semester practicing music, Thomas studied under the direction of Pamela Burleson and focused on his preparation for an audition for the National Music Festival in Maryland this summer. This preparation, which extends into his time with his new horn instructor, includes tackling challenging excepts and solos such as Strauss’s Ein Heldenleiben, Wagner’s Siegfried’s Rhine Journey, and Mozart’s Concerto No. 2 in Eb Major. Along with his degree in music performance, Thomas received his B.S. in physics as a member of Honors Carolina at UNC. Thomas was a student of Natalie Fritz. 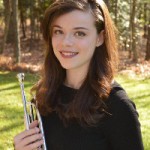 Renee McGee (trumpet) is from Stafford, VA. Since August, Renee has played with the UNC Wind Ensemble, Jazz Band, Brass Quintet, and Marching Tar Heels. She is also an active musician in the Triangle, subbing on cornet for the Triangle Brass Band and playing various classical and jazz gigs in the area. In December 2016, Renee was selected to attend the U.S. Air Force Concert Band’s first Collegiate Symposium in Alexandria, Va. In November 2016, Renee performed a public recital as part of the Ackland Art Museum’s community outreach program, Art &. She designed a diverse and challenging program, playing literature from Copland’s Quiet City and excerpts from Mussorgsky’s Pictures at an Exhibition to Ellington’s jazz ballad Isfahan. Renee has studied primarily with Ken McGee, lead trumpet of the Army Blues, and Woody English, retired principal trumpet of the Army Brass Quintet. In addition to majoring in music with a concentration in instrumental performance, Renee studied French and philosophy at Carolina. Renee was a student of Jim Ketch.