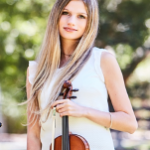 . At age 13, Gilda completed her Australian Music Examination Board Associate Diploma with Distinction, and a year later completed her Licentiate Diploma. In recent years, Gilda has been awarded over forty -five prizes in various competitions. Highlights include a 2014 solo performance at Carnegie Hall, New York, and an invitation to perform at Royal Albert Hall in London as a prize winner of The Grand Virtuoso Competition (2017). In 2018/19, Gilda was awarded the Chris &amp; Ann Krans Youth Music Award through the Dandenong Ranges Music Council, won the Concerto Competition at The Ringwood Eisteddfod, and received the Jesse Black Cultural Grant through the Distance Education Centre of Victoria. In 2019, after multiple performances on radio 3MBS, Gilda won third prize in The Talent Competition. In 2020, she was one of eight violinists Australia-wide selected to take part in The Australian Chamber Orchestra Academy in Sydney. In 2021, Gilda was selected as a finalist in the Gisborne International Music Competition (New Zealand), in addition to winning a scholarship position to attend the Australian Youth Orchestra summer program. Gilda has been a member of The Melbourne String Ensemble for seven years, serving as concertmaster from 2019 – 2021. She has participated in two European tours, touring Germany and The Czech Republic (2015); as well as Switzerland, Austria &amp; Germany (2018). Whilst at UNC, Gilda will study a double major in music and business, studying violin under the tutelage of Dr. DiEugenio. She is honoured to be the recipient of a Kenan Scholarship and looks forward to becoming actively involved in the UNC community. 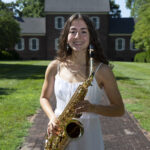 Laura Garcia (saxophone) is a first-year from Hillsborough, North Carolina. She has played the saxophone since her 6th grade year and began studying under former UNC saxophone lecturer, Matthew McClure in 9th grade. Laura has played in many ensembles including The N.C. Central-District Band, N.C. All-State Band, North Carolina Youth Wind Ensemble, Orange High School Wind Ensemble, and Duke University Wind Symphony. She also served as the Head Drum Major in marching band during her junior and senior years of high school. In 2019, Laura participated in the NC Ambassadors Tour of Music where she traveled Europe with a wind ensemble for a few weeks over the summer. Additionally, Laura attended Governor’s School East for Instrumental Music during the summer of 2021. Outside of music, she enjoys playing soccer and spending time with her dogs. Laura is studying music education at UNC. 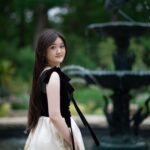 Victoria Song (soprano) is a first-year from Chapel Hill, North Carolina majoring in classical voice performance. She started officially training as a singer under the guidance of Jiang Yang at age 14 with a focus on Chinese opera. Victoria grew up in China, and during her time there, she was showcased on the China Central Television starting at age 8. During the holidays, when she had time to travel back to China, she participated and won multiple state and national level prizes in 1st and 2nd place. In high school, Victoria was an active member of her school music society and participated in the NCMEA HS Honors Chorus and the Tri-M music honors society. 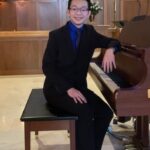 Benny Yang (piano) is an incoming first-year student from Cary, North Carolina. Benny has played piano since he was six years old and has studied primarily under Julia Tsien and Angela Mitchell-Simonson since the third grade. Benny made his Carnegie Hall debut at the age of 14, after winning the American Protege Piano and Strings Competition. He has also competed and won ISMTA statewide competitions for both junior and senior divisions as well as MTNA. As a student at UNC, Benny is majoring in Music as well as English. He is currently a student of Dr. Clara Yang.