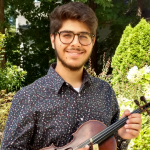 Ayman Bejjani (violin) is from Holly Springs, N.C. Ayman started playing the violin at the age of 4 and has studied with several distinguished teachers including Yoram Youngerman, Eric Pritchard, and Dovid Friedlander. In 2011, Ayman joined the UNC-based Mallarmé Youth Chamber Orchestra (MYCO). MYCO played a critical role in Ayman’s musical development: it instilled in him a passion for chamber music and taught him the joy and the challenges of collaborative music making. He served as concertmaster of the MYCO chamber orchestra for several performances and participated in master classes with the Tokyo String Quartet, the Parker String Quartet, the Ciompi Quartet, violist Atar Arad and violinist Joseph Lin. Ayman has also explored the orchestral repertoire through his association with the Triangle Youth Orchestra, where he served as co-concertmaster, and more recently with the Triangle Youth Philharmonic. Ayman thoroughly enjoys exploring various musical genres: he played the violin in his high school’s broadway musical orchestra and the clarinet with his school band, where he qualified for the all-district honor band. He occasionally picks up his bass guitar to dabble in funk and jazz. Ayman was a student of Nicholas DiEugenio. 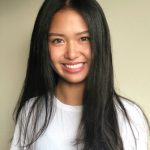 Shannon Chen (piano) is from Atlanta, Georgia. She began studying the piano with Fred Xiang at the age of six and with Dr. Elena Cholakova at age 13. The Georgia Music Educator’s Association and Georgia Music Teacher’s Association Piano Competitions awarded her multiple 1st, 2nd, and 3rd place prizes between 2012 and 2018. Throughout high school, she has been an active member of the Georgia All-State Orchestra and Emory Youth Symphony Orchestra. In the summer of 2016, Shannon performed Beethoven’s Pathetique Sonata and Liszt’s Un Sospiro for Mack McCray and Shen Lu at Lee University’s International Piano Festival. The same year, Shannon also attended the Georgia Governor’s Honors Program, studying with Dr. Howard Hsu. In 2017, Shannon participated in chamber and quartet studies at the Stringwood Music Festival under the instruction of Roberto Díaz and Geoff Nuttall. She performed six concerts across the state of Minnesota in two weeks. Shannon received a double degree in business and piano performance. Shannon was a student of Clara Yang. 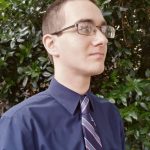 James Larkins (composition) is from Fayetteville, NC. Initially a cellist by training, he self-taught music theory until attending the North Carolina School of Science and Mathematics in Durham and self-taught composition until being awarded the Kenan Music Scholarship. Since beginning studies at UNC-Chapel Hill, James has collaborated with groups such as Earspace, Hypercube, and the UNC Symphony Orchestra. While studying abroad, James received lessons from British composer Gwyn Pritchard in London, England and co-performed along with other UNC-Chapel Hill students in Florence, Italy a piece he wrote during his time abroad. While quarantining during the COVID-19 Pandemic, he wrote, performed, and recorded all 8 parts of his Octet for 8 Cellos and Electronics. He has written music in styles ranging from electronic film music to modernist post-serialism to minimalism. James received composition mentorship from Allen Anderson, Stephen Anderson, and Lee Weisert.