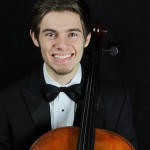 Devin Cornacchio (cello) is from Saint James, N.Y. During the past academic year, Devin acted as Associate Principal Cellist for the UNC Symphony Orchestra and tackled challenging chamber music staples by both Beethoven and Shostakovich through UNC Chamber Players. He performed as a soloist in several masterclasses with reputable musicians and pedagogues including world-renowned harpist Alice Giles and Kenneth Slowik, Curator of Musical Instrument Collection at the National Museum of American History and Artistic Director of the Smithsonian Chamber Music Society. He joined Carolina Choir on the group’s recent Fall Tour, singing at churches across the East Coast from Bruton Parish in Colonial Williamsburg to the Washington National Cathedral. Outside the Department of Music, Devin often plays both cello and bass guitar as accompaniment for productions with student-run theatre organizations, including Company Carolina, UNC Pauper Players, and Kenan Theatre Company. He was a double major in both music performance and mathematical decision sciences. Devin was a student of Brent Wissick. 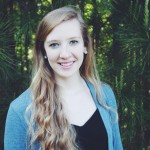 Susannah Stewart (soprano) is from Chapel Hill, N.C. Prior to attending UNC, she performed in a master class with Sherrill Milnes, as a soloist in Carolina Choir’s performance of Haydn’s Theresienmesse, as a solo recitalist at Park Tudor School in Indianapolis, and as a soloist with the Chamber Orchestra of the Triangle in Edvard Grieg’s Peer Gynt Suite and in Schubert’s Rosamunde. Susannah also has performed in the Spoleto Study Abroad program in Italy, and in Bulgaria with Varna International Opera. She has won numerous awards at state and regional NATS (National Association of Teachers of Singing) auditions, including most recently winning first place in the sophomore year women’s classical category in North Carolina. Additionally, Susannah won the Outstanding College Female award for her performance in the Honors Recital at NATS. In the summer of 2016, Susannah sang the role of Zerlina in Mozart’s Don Giovanni with the International Young Artists Project in Italy. In 2017, she sang the role of Dido in UNC Opera’s production of Purcell’s Dido and Aeneas. Susannah was a student of Jeanne Fischer. 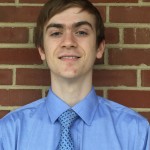 Ethan Swofford (composition) is from Wilkesboro, N.C. He was a pupil of Dr. Michael Rothkopf at the North Carolina School of the Arts, where he studied everything from renaissance polyphony and counterpoint to serialism and aleatory music. The composer of around a dozen works, he has written for ensembles ranging in size from soloist to chamber orchestra. In Spring 2015 alone, UNCSA high school, undergraduate, and graduate students premiered his Chaotic System for string orchestra and woodwind trio, Fantasy for saxophone quartet, and Trio of Friends for piano, guitar, and soprano saxophone. His latest musical ventures include Telesis for two pianos and Auspice for orchestra. Ethan’s other interests range from neuroscience to philosophy, and he pursued minors in both of these subjects, along with a major in music. Ethan was a student of Allen Anderson. 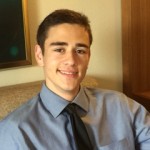 Evan Thompson (piano) is from River Forest, Ill. Evan has studied jazz privately with Jason Patera and Jeremy Kahn, and classical piano with Perry Johnson. He participated in the New England Conservatory Jazz Workshop in 2013 the Centrum Port Townsend Jazz Workshop in 2015. At Centrum, Evan was selected as the pianist for the jazz ensemble and was a member of the jazz combo under the direction of legendary trumpeter Terrell Stafford. In addition, he studied piano with renowned jazz pianist Benny Green. His recent achievements include receiving the “Best Soloist” award at the Purdue Jazz Festival, being named a Luminarts Jazz Improvisation finalist, earning spots in the Illinois Music Educators Association’s top Jazz Ensemble and Jazz Combo in 2014 and 2015, and winning the OPRFHS Concerto Competition in 2015. Evan double majored in music performance and psychology. Evan was a student of Stephen Anderson.