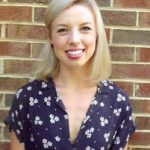 Margaret Lynch (piano) is from Charlotte, N.C. In Fall 2015, Margaret won first alternate in Young Artist category of the North Carolina MTNA Competition, and in Spring 2016, she won first runner-up in the Dr. Sharyn Edwards piano competition. In February 2017, Margaret was a featured soloist in Carolina Performing Art’s “Glass at 80” festival, where she performed Philip Glass’s Piano Etudes. 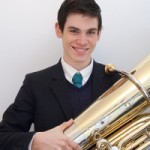 Matt Wolffe (tuba) is from Short Hills, N.J. Matt was the principal tuba of the UNC Symphony Orchestra, the UNC Wind Ensemble, and the Duke University String School Youth Symphony Orchestra. He also performed with the UNC Tuba Quartet and the UNC Sackbut Ensemble. Matt has participated in the U.S. Army Band’s tuba euphonium workshop, as well as masterclasses with Jernej Oberzan (Bruckner Orchester Linz), Gene Pokorny (Chicago Symphony Orchestra), Craig Knox (Pittsburgh Symphony), Jim Nova (Pittsburgh Symphony), and composer Anthony Plog. Last summer, Matt participated in the National Music Festival in Chestertown, Maryland, where he was principal tuba of the Festival Orchestra and participated in numerous small ensembles. Matt had a feature solo for the children’s classic Tubby the Tuba, which was narrated by Liane Hansen, formerly of NPR and recorded for release in a collection by conductor Richard Rosenberg on Naxos Records. Matt also played the ophicleide for Berlioz’ Symphonie Fantastique at the festival. This experience sparked an interest in early brass instruments for Matt, and he is now learning to play the sackbut. Matt will also play the cimbasso with the UNC Symphony Orchestra in the Defiant Requiem: Verdi at Terezin later this spring. Matt will participate again in the National Music Festival this summer and will be studying and traveling through Europe with the UNC Sackbut Ensemble. The ensemble will be performing in Salzburg, Austria and other cities. Matt majored in music with a minor in Cognitive Science. Matt was a member of the UNC chapter of the national music fraternity, Phi Mu Alpha Sinfonia, and was treasurer of The UNC Symphony Orchestra Committee. Matt was a student of Michael Kris.